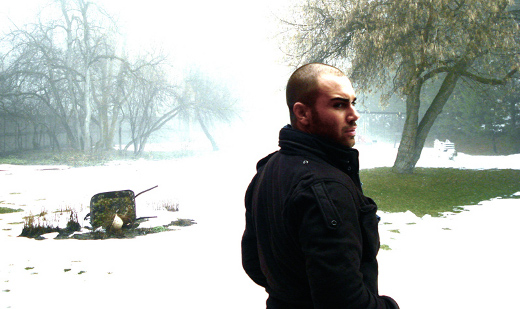 Some of you may remember a post I had on Multiply about my cousin. He had just put out his first music video and was working on a cd. Since then, he's been featured as an artist at the Sundance Film Festival, his music is played on Pandora mixes, the new songs will be available on iTunes on Feb. 13th and he's ready to launch the new cd. He has done this all with his own money and hard work and he's set to take off. He's GOOD!
He just released the first song - "Broken Door" - three days ago, on YouTube. If he gets one million hits by July, he'll be awarded a recording contract. Go check him out and, if you like his music, please tell your contacts and friends so he can get his career going. He's a great guy - quiet and kind, huge smile, not a conceited bone in his body. It's weird to watch him now on YouTube. I think he was around 12 years old the last time I saw him at a family Christmas in Utah, but he's written some comments back to me on YouTube and I hear of him often through his Mom.
Here is the link to the new song -
http://www.youtube.com/watch?v=dlu-fhF2m7Y
Here is his channel on YouTube, with all the songs and videos released-
http://www.youtube.com/user/CameronRafati/videos?view=0
Other links:
http://www.ascap.com/eventsawards/events/sundance/2011/bios/member_...
http://michaelmangum.com/2011/04/26/cameron-rafati-in-studio/

Gayle
I am the owner of Buttered Lips Cooking - I teach people to cook in community classes and in their own kitchens, emphasizing their tastes and goals. I'm passionate about my food and living, love experiencing new flavors, places and people. If you agree, SMILE!